Tradition is today to give. A gift is important to people when really helps something. A gift is love.

During the BBQ KCBS contest autumn 2019 in Rome we sell some Pulled Roasted Veal sandwich (The Dutch) for a symbolic price of 6 euro each. The Charity goal was to help Dynamo Camp Onlus. Because we care.

That’s because we are proud today to share with you that a virtual cheque (read: a bank payment) of 1500 euro is gone to Dynamo Camp Italy. 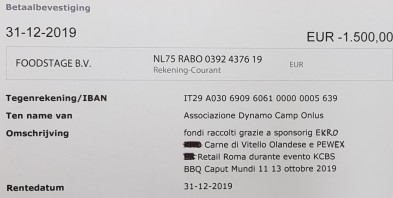 Thanks to Ekro – member of the Dutch Van Drie Group for all the sponsored premium Dutch Veal. It was huge and extremely good tasting.

Thanks to the Italian Pewex Supermercati in Rome for the sandwiches, the rucola, the logistic support, the friendschip.

Thanks to the Dutch 200Fahrenheit (kamado BBQ The Bastard and Grizzly) because they have sponsored the first price of the BBQ KCBS contest: a big kamado bbq large brand THE BASTARD.

Thanks to the organization of Caput Mundi - SuQulento - to ask us to participate this KCBS event.

Dynamo Camp: what it is?

It is place where children with serious pathologies become children again. A holiday place where the real cure is laughter and the medicine fun.

Who it is for?

Dynamo Camp hosts children from 6 to 17 years with serious and chronic pathologies who are both in therapy and in the post hospitalization stage free of charge.

We also offer 100 kg of the Roasted Pulled Veal during the Caput Mundi to Baobab Experience.

Who are they? BAOBAB EXPERIENCE:

IN EARLY 2016, WE DECIDED TO REGISTER OURSELVES AS AN ASSOCIATION WHICH HAS BEEN GIVEN THE NAME “BAOBAB EXPERIENCE”.

To this day, more than 70,000 people have been welcomed and passed through our camps. In these camps, set up thanks to private donations, we managed to support them with food, with a safe place to spend the night and with legal and medical assistance. They are women and men and children. Some of them are travelling through Italy to reach other countries, others are asylum seekers in Italy who are forced to wait in the streets for almost a month and a half before any legal practices can be set up. They all arrived in Italy after grueling and exhausting travels where they risked torture and death. Our experience at Baobab proved that the city of Rome has a strong and aware civil society that reacts for the people with promptness and humanity when institutions seem to only show indifference.”

Have a look on short film about the backstage of the Caput Mundi to understand how nice it has been there.

We wish you all a peaceful and healthy 2020. Enzo Sisto

MARCA BOLOGNA is our Food Stage!

CO. FO. S. means COmmercial FOod Services. Since 1992 we have been involved in projects and partnerships in the food sector. 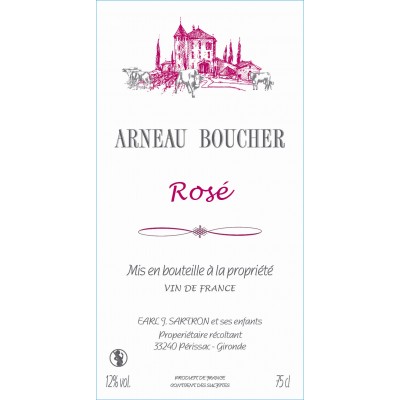 In the summer try our newest Arneau Boucher rose. Bottle 0. 75 & magnums.   To make a reservation , ask informations or to buy : sales@bestmeat4you. com 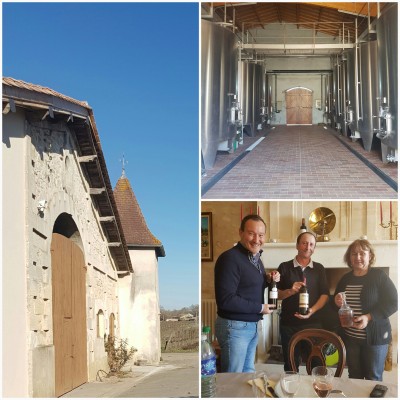 For over 4 generations the SARTRON family lives in Perrissac in the area called "La Tour Blanche". A tradition that shows the love for this art of Bordeaux vineyards.