Mixed ground beef and pork 3 ideas to cook it 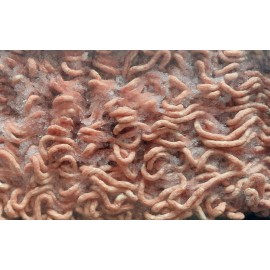 3 ideas to cook it

Mixed ground beef and pork is a jolly ingredient in the kitchen because it lends itself to a thousand uses. It can become the condiment of a first course (ragù) or a delicious second course for the whole family (meatloaf or meatballs).

To prepare meatballs and meatloaf, it is important to choose a ground that also has a little fat content. Belly and armhole are the best parts of the veal to grind, of the pork shoulder and bacon are used, while for white meats, usually very lean, any part is fine.

For a good Bolognese sauce (ragù), beef and pork are usually minced together.

Minced meat can be stored in the refrigerator for up to three days because it then turns dark and smells bad. If it is fresh, you can freeze it in special plastic freezer bags or inside airtight containers. You can also freeze meatballs or meatloaf after preparing the dough.

Bolognese sauce and meatballs are also children's favorite dishes because the minced meat is tender and tasty. 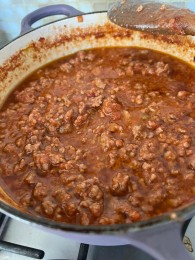 It is one of the best-known Italian recipes in the whole world and it boasts countless imitations, but what is the real origin of Ragù?

Born as a meat dish in Renaissance France, the Ragù recipe traveled to the Neapolitan Bourbon court and then spread throughout Italy.

Nowaday Ragù is one of the best known and most famous recipes in the world. Especially famous in Italy, it has spread abroad thanks to Italian immigrants who brought with them the flavors of their native land. There are countless international variations, such as Spaghetti Bolognese an American transposition of the original recipe.

But where does Ragù come from ?

It is thought that the origin of the term Ragù is linked to the French equivalent “ragout“, a term used to define stews of meat and vegetables cooked over low heat for a long time.

The ancestor of what we now know as Ragù was in-fact a preparation of the French medieval popular tradition of the XII-XIV, which consisted of pieces of meat, vegetables or even fish stewed slowly. It could be either a rich or a poor dish, depending on the cuts of meat, spices, and garnishes that were used. Obviously, at that time it did not include the use of tomatoes.

From France this preparation arrived to the kitchens of the Neapolitan Bourbon court and those of the Vatican, but it was still just a way of cooking meat with significant variations and ingredients, depending on the area of Italy.

In 1773 Vincenzo Corrado in his book “Il Cuoco Galante” describes for the first time a dish that could be defined as the first Ragù, but the ingredients were not yet defined. However, in the meantime, the recipe had become part of the Italian cuisine and it spread throughout the national territory with new variations and new ingredients such as the use of tomato, which appears for the first time in 1790.

In the following years, versions of the same dish with or without the addition of tomato would alternate. It wasn’t until the twentieth century, with the spread of tomato sauce and pasta, that this recipe became the Ragù that we still cook and love today.

However, throughout the 19th century, Ragù spread throughout the Italian peninsula with the introduction of local variations, such as the use of pork meat, the preparation of small meatballs (as in the Neapolitan and Abruzzese tradition) and the combination with local types of pasta, such as the handmade pasta in Bologna. 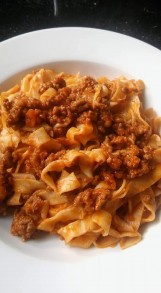 The definitive transformation takes place at the end of the first decade of the twentieth century, when tomato became an essential ingredient. After World War II is fresh pork meat completing the list of ingredients for Ragù.

The first recorded recipe for the modern American meatloaf is from the late 1870s, according to the food historian Andrew Smith, who told us that it instructed the cook to finely chop “whatever cold meat you have.” That meat, he said, would likely be beef, because New Englanders killed their cows before winter, when feeding them would prove more difficult, and tried to take full advantage of every last bit of the meat, looking for uses for the cheap cuts. Meatloaf was such a use. To the chopped beef they added pepper, salt, onion, slices of milk-soaked bread and egg. You’ll find these very ingredients and steps in many a meatloaf recipe today. But back then, Smith said, meatloaf wasn’t for dinner It was for breakfast.

From the late 1800s, a meatloaf-esque recipe for ground veal with bread crumbs and eggs appeared in the Boston Cooking-School Cook Book. But the profile of meatloaf rose to a whole new level in the 1890s, with the spread of industrial-scale meatpacking, which created scraps aplenty. Scraps were best chopped or ground and softened and seasoned. 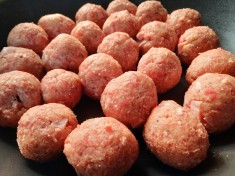 In Italy, meatballs are most often a stand-alone dish accompanied by a side dish, a puree of potatoes or boiled or grilled vegetables.

Traditional Italian meatballs typically contain equal portions of meat and soaked bread, and other additions such as egg and vegetables. They may be made with beef, lamb, turkey, or even fish, depending on what meat is available. Regions of Italy use their local ingredients, and meatballs can look very different from one region to another. 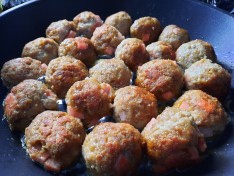 Italian American cuisine is responsible for creating the spaghetti and meatball preparation we all know today.

Italian immigrants brought the concept of meatballs with them to America, but adapted this recipe to meet their budgets. This dish was probably invented by Italians that came to America between 1880 and 1920, when millions of Italians left Italy in search of freedom and land. 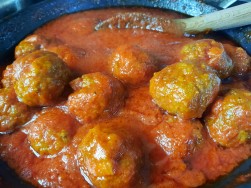 To bulk up their meals further, Italian immigrants added a generous helping of pasta topped with a sauce made of canned tomatoes. These ingredients, canned tomatoes and dried pasta, were cheap to purchase and easy to cook with. The dish we call spaghetti and meatballs was born of a combination of inventiveness and resourcefulness! 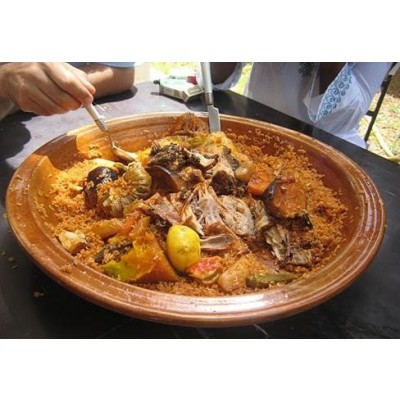 We wish to write about one of the most interesting trend: the influence of African Gastronomy. 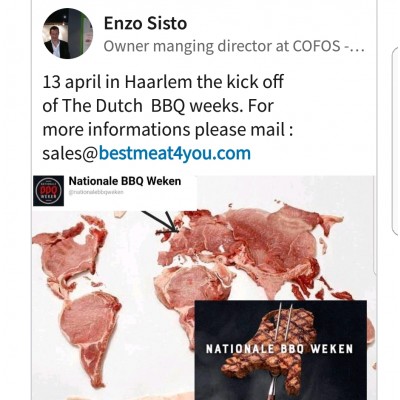 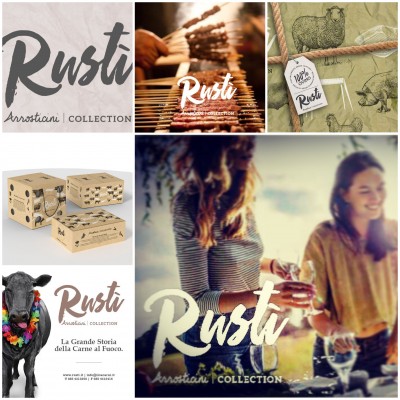 When you thing: “…I don’t know what I wish to eat.