When the butcher's job comes back into fashion 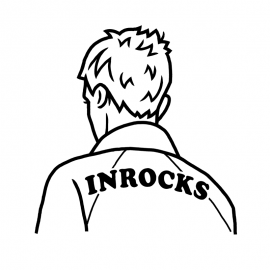 Enzo Sisto posted a copy of the article by Mathilde Samama

When the butcher's job comes back into fashion.

Since 2012, the butcher-restaurants are multiplying in the big cities, young chefs brandish the meat like standard of the good food and the attendance at CAP butchery explodes. How to explain this phenomenon in a global context more and more hygienist, vegetarian and hostile to meat?

"I'm not a restaurateur, I'm a butcher, here we make half-beasts, we make stale meat, regulars from the neighborhood come to buy their favorite pieces to cook.We are a butcher". Christophe Dru, 46, at the head of his "stable to eat", the Boucherie Les Provinces, rue d'Aligre in the 12th arrondissement of Paris, begins by putting the points on the i. Son and grandson of breeders, this barbaque enthusiast is the first to have launched the concept of butchery in which one can remain to taste the piece that one just bought, with an accompaniment and a glass of wine. Since then, several others have done, including the star butcher Hugo Desnoyer in the chic 16th arrondissement or more recently the gang of Persillé in the thirteenth, the very first butchery-fast food of the capital.

Every midday, the shop is full, the customers come to eat quickly a bone with marrow, a tab, a sweetbread or a side of pork of 500g charged only 13 euros. Here everything is grilled or baked in the tiny kitchen, and the chef prepares all his plates with potatoes and a homemade béarnaise.

"The meat may be bad press but people still eat a lot today. Moreover, the restaurants that open the most in Paris are meat restaurants" proudly explains Alexandre de Toulmon, former executive in finance, reconverted as a butcher and owner of Bidoche in the neighborhood of Parmentier in Paris. Opened at the end of August 2017, this modern butchery is also a canteen, but behind a curtain in the back shop. "Today people cook less, they go to restaurants and want quality, they are sure to know where the meat comes from, how the animal was raised ... There is a lot of traceability. , it is a point of honor to work with breeders respectful of animal welfare ".

At Bidoche, we just buy meat to take away in the butcher's shop (until 10:30 pm!) Or choose a piece to consume on the spot by adding 12 euros of "right of cooking" plus fries with beef fat or iced vegetables of the moment as well as crazy sauces: chimichurri, pie with mint or gorgonzola.

In addition to all the great classics of butchery, Alexandre highlights original pieces and little-known breeds. "At the moment I am doing the Bazadaise low rib, a small breed that is not well known near Bordeaux.It is matured on the spot for a month and it's a hit!" We also regularly think about new ways of cooking meat pieces. For example, we realized that the steak-like hare was exceptional: tender, juicy, with great taste. " Behind the approach of these butchers who make food, two very specific objectives: to evolve the profession by inserting it better in its time then to return to it its letters of nobility often flouted.

Same story for a gaggle of young butchers in vogue. In his shop Meat and chef next to the Canal Saint Martin, Benjamin Darnaux, chef de formation, holds a resolutely modern speech on meat. At the opening of his shop in 2015, he realizes that customers always order the same pieces. "But it's not just the sirloin and bib in life!" he is indignant in an interview given in 2017 to Stéphane Méjanes in the magazine Transgourmet. He decides to promote whole animals, tries to use each piece of the animal with his cooking skills on the one hand and thanks to maturation on the other hand. "Especially since maturing the meat allows him to concentrate the tastes to the point that we do not need to eat more!"

Eat less meat but better, in a more reasonable way: it is the dominant discourse in the public space and in the butchers themselves. "However, we must not sink into the extremes and see the fact of eating meat as a militant act.Just stop with the psychosis hygienist room," rises Christophe Dru from the butchery The Provinces. In front of his shop, a "vegetarian butcher shop" was set up. "Not only is this a usurpation of the name 'butchery' but they do not really compete with me. 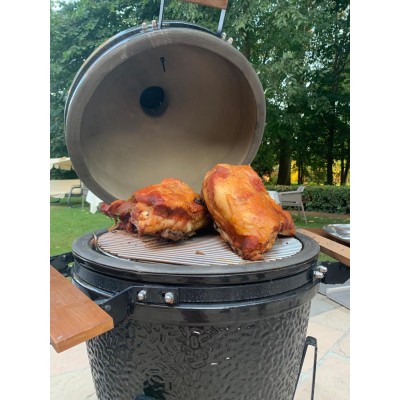 SMOKE&BBQ. Veal brisket bone in with the 3-2-1 method by Enzo Sisto

Born in the United States, the fashion of BBQ has spread over the last few years to Europe as well. The Netherlands in addition to the windmills, bicycles, Van Gogh and Rembrandt and tulips are proving to be masters in BBQ. This complete line of meat products for both BBQ amateurs and pit masters are “Made in Holland” and it is frozen in IQF-Hyperfrozen®. It offers to you innovation, conviviality, but also comfort and affordability. 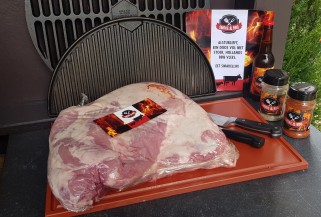 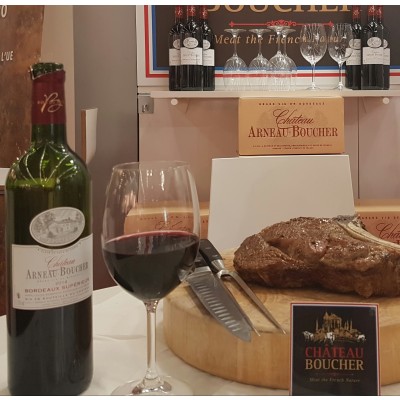 The SIAL in Paris has been a very important event for CHÂTEAU BOUCHER. From every European country everyone agrees with the new concept "La viande avec son vin". 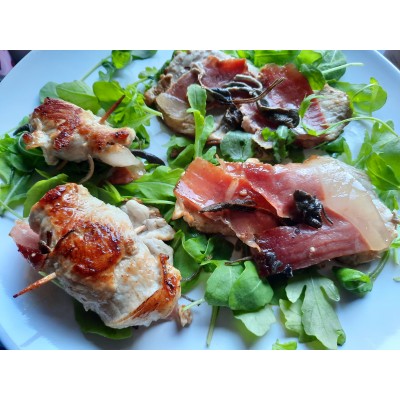 My name is Gaia, I’m Italian and have been living in the Netherlands for more than 20 years.

From now on, together with Enzo Sisto, I will take care of the Blog with great pleasure.

I chose this recipe because it belongs to the culinary tradition of my city and represents my philosophy in the kitchen: simply and tasty dish, easy and quick to prepare.