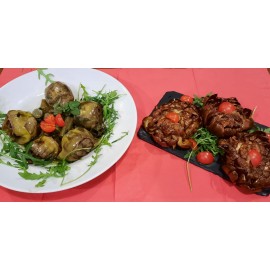 Artichokes are one of the oldest food known to humans; the historians believe the artichokes originated in the Mediterranean countries, possibly Sicily or Tunisia and it was first recorded around 1400 in Italy. Ancient Greeks and Romans considered artichokes a delicacy and an aphrodisiac.  They used to enjoy artichokes preserved in honey and vinegar, seasoned with cumin. In Ancient Greece, the artichokes were attributed to being effective in securing the birth of boys. After Rome fell, artichokes became rare but re-emerged during the Renaissance in 1466 when the Strozzi family brought them from Florence to Naples. Today, greatest producers of artichokes are still in Mediterranean and are still enjoyed in almost exactly the same way it was 600 years ago.

What kind of Artichokes should you use?

The recipes is traditionally made with Roman cimaroli (or mammole) artichokes, which are large, round, tender and sometimes have a violet hue. These are the ideal ones to use for the recipes because they are plucked before their chokes have developed and they don’t sharp thorns.

If you’re not able to get your hands on Roman mammoles, don’t worry. You can get definitely use regular large artichokes – you’ll just need to remove the tough outer leaves, the choke, and trim down the leaves.

Carciofi alla Romana is one of Italy's most famous artichoke recipe and it is a traditional Roman dish. It's made with little more than olive oil, wine, garlic, and herbs (mentuccia, a type of wild mint with a flavor resembling a cross between mint and oregano), but the result is gently cooked, supremely tender artichoke hearts in a fragrant bath of their own cooking juices. It’s a tasty side dish, usually served with meats. 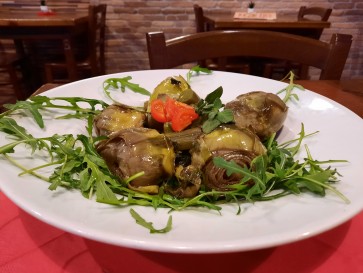 How to Clean Artichokes

The preparation of this exquisite recipe is rather simple. Roman style artichokes are cooked in a stainless saucepan with high sides, close to one another, so that the leaves do not open during cooking.

The Jewish community began in Rome as early as 63 BC after the Romans invaded Judea and brought many of them back as slaves. Settling predominately on the east bank of the Tiber River, the walls (built in 1555) surrounding the ghetto kept them isolated for almost 300 years. The ghetto in Rome was one of the poorest in Italy.

The area is still known as the Jewish Ghetto and is a mostly Jewish quarter although the walls were demolished in 1888. An extraordinarily rich cusine grew up within its walls,

Carciofi alla Giudia (or Jewish-style artichokes) is a very old way of eating the vegetable.

The history that lies behind Carciofi alla Giudia dates back to the 16th Century when Jews were forced to follow strong restrictions, imposed by the Pope against them. Basically, they couldn’t have any kind of contact with Christians and, therefore, they established the Jewish ghetto in the city of Rome. Besides, two other Jewish communities moved to the Roman ghetto – whose popularity increased noteworthy – from Sicily and Spain. In this blended environment, Carciofi alla Romana recipe took finally shape. The Jewish housewives were the very first ones to prepare this dish and Jews used to eat it at the end of Yom Kippur’s celebration. “Alla Giudia” refers to “alla Giudea” (that means “something related to Jews”). The name was given by Romans, who fell immediately in love with the fried artichokes. There are other legends that surround Carciofi alla Giudia’s origin and none of them is more accurate than the others. Indeed, some believe these artichokes were eaten as a side-dish during the Jewish Easter day. Probably, neither of them is totally true or totally false, but the truth may be lying in between. 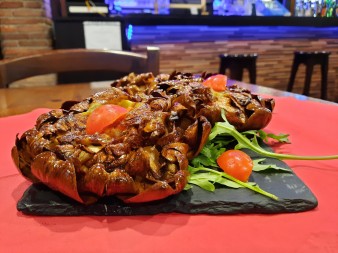 How to Clean Artichokes

The preparation of the Giudia artichokes requires some little attention.

2 Cut the stem 5 cm from the base of the artichoke.  Don’t throw the stem away because it's delicious! Clean only the darker outside and fry it together with the artichokes!

The signs of a perfectly cooked Giudia artichoke lie in:

The first frying is finished when the color is slightly golden and, inside, the consistency is quite soft and about the outer leaves they must be dark brown in color and be crunchy like chips.

A special thanks to chef Alessandro Liberti and  Mawi Pub&Restaurant 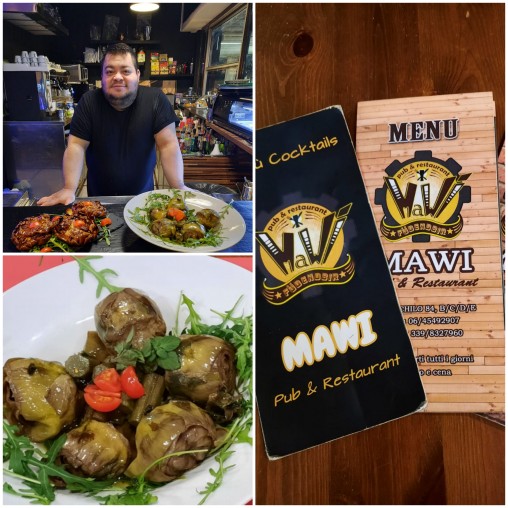 In the Italian gastronomic tradition, one of the combinations that Italians love the most is artichokes with veal.

During the Christmas holidays, at home with mum, I enjoyed preparing Roman-style artichokes (my favorites). Being a laborious preparation, we decided to simplify the preparation of lunch by trying Casa Vercelli’s L’Arrosto Reale  (I Pronti nel Sacco/ ready to cook).

Excellent and very tender meat. Tasty at the right point and very easy to prepare.

I am attaching photos of mamma's Roman-style artichokes with Casa Vercelli's royal roast. 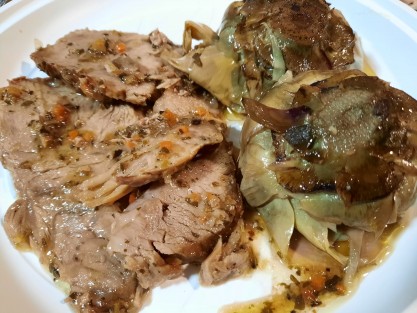 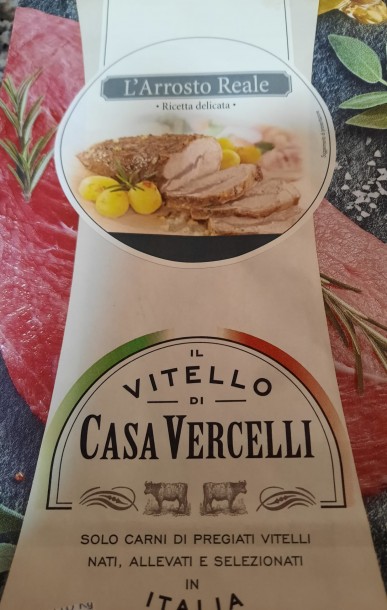 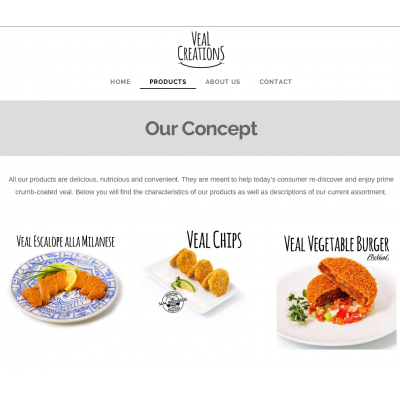 Let us talk about our second "guest partner" on the Food Stage: Veal Creations. 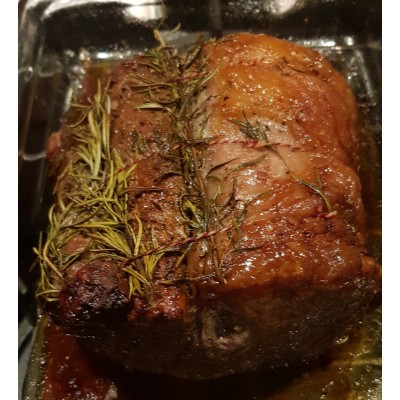 The perfect beef and way to make a great ROAST BEEF 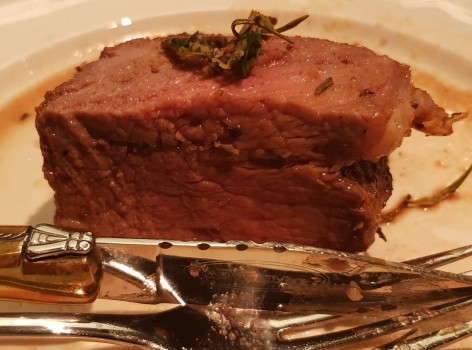 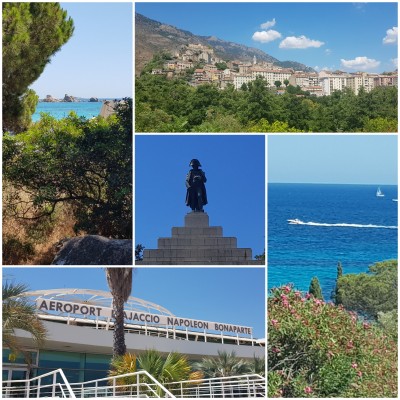 Finding that most restaurateurs in Corsica, indeed almost all, have veal on their menu was a pleasant surprise that contributed to making our holiday more enjoyable but also more intriguing. Let's find out some addresses and some dishes together.