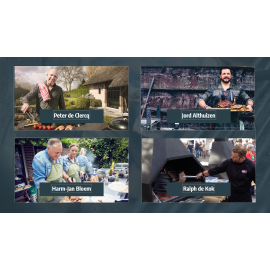 A new, cool program at 24Kitchen: BBQ Street.
Playing outside with fire has never been so good!

If you thought that cooking outside is only for the summer and the bbq is only for hamburgers, then you've got it all wrong!

From Monday May 11th 24Kitchen will give you with every episode of “BBQ Street” a masterclass about everyone's guilty pleasure where you will spontaneously get a smile on your face: the barbecue. A world of new cooking possibilities will open up for you with this cool, yet simple device.

Step into the world of fire & smoke

Grilling, smoking, baking, roasting, and many other techniques will pass in review, but not without a step-by-step explanation of how to turn on your BBQ, maintain the temperature, how the briquettes work, what is direct and indirect, which pieces of meat are suitable for what; the list is endless. Charcoal, gas, birch wood, pizza stones, coconut briquettes, cedar planks and hay, clay and liquor as seasoning... BBQ Street shows that the piece of steel is multifunctional. With Napoleon Grills, which has an amazing design and excel in innovative technology, everyone becomes a BBQ expert.

The fire feeds not only show all the possibilities of the BBQ, but also explain how to process meat yourself: skinning, boning, sausage or mincing. But they also give away their secrets about fish, vegetables and fruit on the BBQ. From now on, even the biggest layman can conjure up velvety salmon, rib eye steak and smoky paprika nonchalantly and in no time at all from the BBQ. From traditional BBQ recipes to international tempting hot items like matambre, pulled pork and sosaties. With the Verstegen Spices men create taste explosions; rubs and marinades with which they turn each piece of meat into a dish from another continent.

The Dutch veal they use is made by Van Drie Group and is durable, easily digestible and deliciously tender.

The beef is the only Original Limousin© from the Limousin region in France, a favourite among French chefs and known for its delicate flavour formed by the rich soil and flora on which the cattle graze.

And last but not least the tasty pork breeded by the Italian farmers in the Parma DOP circuit.

Does the water already run in your mouth? After seeing BBQ Street you want to hit BBQs right away. All year round.

BBQ Street has joined forces; together with the main sponsor Napoleon Grills, but also Dormio Holidays, where all the grilling sessions are included in Dormio Resort Maastricht, Foodstage - the Beter Leven 2 stars beef chainmanager for the Original Limousin©, Van Drie Group Dutch Veal, Dutchmade and Verstegen Spices, 130 episodes have been created. These will soon all be available on bbqstreet.nl, of which 65 episodes will also be broadcasted daily at 24Kitchen.

BBQ Street can be seen daily from May 11th at 17.30 hrs at 24Kitchen. The episodes are 24 minutes. The program is produced by Camfactor Media Group B.V. CMG is since 2011 specialized in making the best food content for TV and online. We are proud to be a partner of this great TV program.

Next also on the new interactive TV 24 outdoor 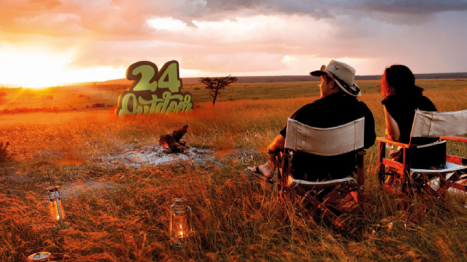 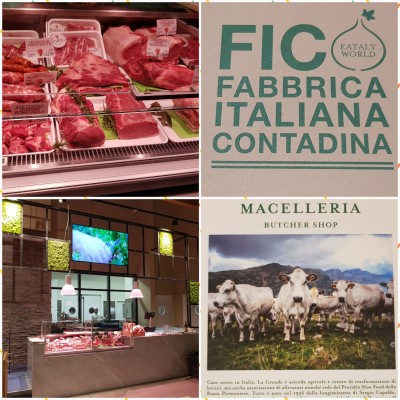 Just visiting the butcher shop in Fico during Marca Bologna . Amazing enthousiastic people working here. I prefere Limousin beef but the Italian Piemontese is not that bad. . 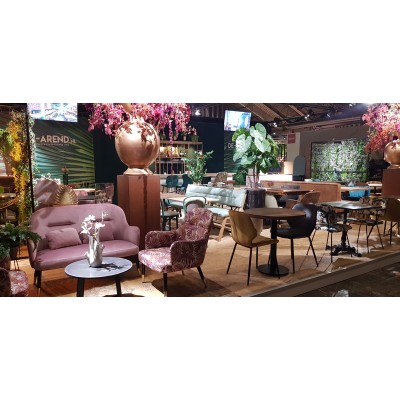 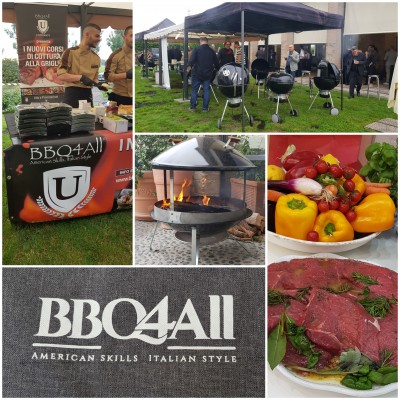 What a surprise to see that also in Italy the outdoor 4 seasons BBQ kitchen is taking more space in Italian way of life.